It’s spring and the welcome longer days and the prospect of summer not far away is good for us all!

Looking back a bit, it was a much better winter than last year. Even the snow in early February provided light relief with igloos, ice chairs, and sundry snowmen created by excited grandchildren and parents. The sledges actually slid down the hillside which meant very wet children and an Aga top loaded with sets of drying clothes!

Lambing was fairly straightforward from mid-February after the initial problems with early abortions. In fact, with lower lamb numbers born it was probably our healthiest lambing ever with no mortality during the lambing period. The downside is that late May through to the end of June will see another lambing period which will be totally out of ‘sync’ with our normal enterprise policy. On the bright side, who knows – we may learn something new and revolutionise our sheep system!

The sheep are now out at grass which is in good supply at the moment. Care must be taken when introducing the ewes to a grass diet after a long period inside feeding on concentrates and straw. It usually takes several days to be sure everything is healthy, acclimatised and eating well.

Hold on a minute and draw a breath, harvest 2019 is only four months away! Currently all the crops are growing well, even the spring barley was planted early gaining precious time because of those few balmy late February days which enabled cultivated land to dry out quickly for drilling of the crop. It was also dry enough to roll the seedbeds which is very unusual at that time of year.

We won the annual battle with the rooks attempting to dig out seed and decimate the barley crop. So successful was our banger strategy that the minor bird scaring explosions, amplified within their oil drum containers, kept scaring all of us within earshot!

Good equipment is great as long as everything is working well! Our large tractor is the mainstay of the arable enterprise but if the computer has a glitch – nothing happens! It’s all very well having a fitter arriving’ hotfoot’ with a laptop to rectify the issue, but gone are the days when we can sort the problems ourselves with a spanner and hammer!

Most of our surplus straw has been moved to farms in Devon and we look ahead to potential demand from that region for the same again. At harvest we aim to incorporate chopped straw back into the soil on a rotational basis and bale any excess for storing and selling during the winter period. With so much loading of trailers and lorries to do a stronger bale grab will be required this time around to replace the little old one used and abused by us carrying weights far in excess of original design capability!

Enough has been said about the Brexit crisis, but what a total shambles our politician’s have created for the country. Hopefully the PM, who must be admired for her fortitude, will see it through despite everything!

On a more positive front and one we can quantify, Easter is on the horizon! Little grandchildren are already hoping for the foil covered chocolate eggs our chickens are famous for producing. One family who will be elsewhere on the day, has requested an early Easter visit so not to miss out! 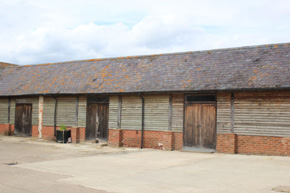 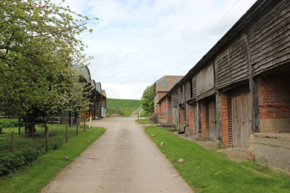 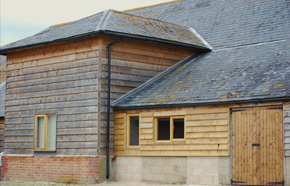